An evening with 4 Poofs and a Piano 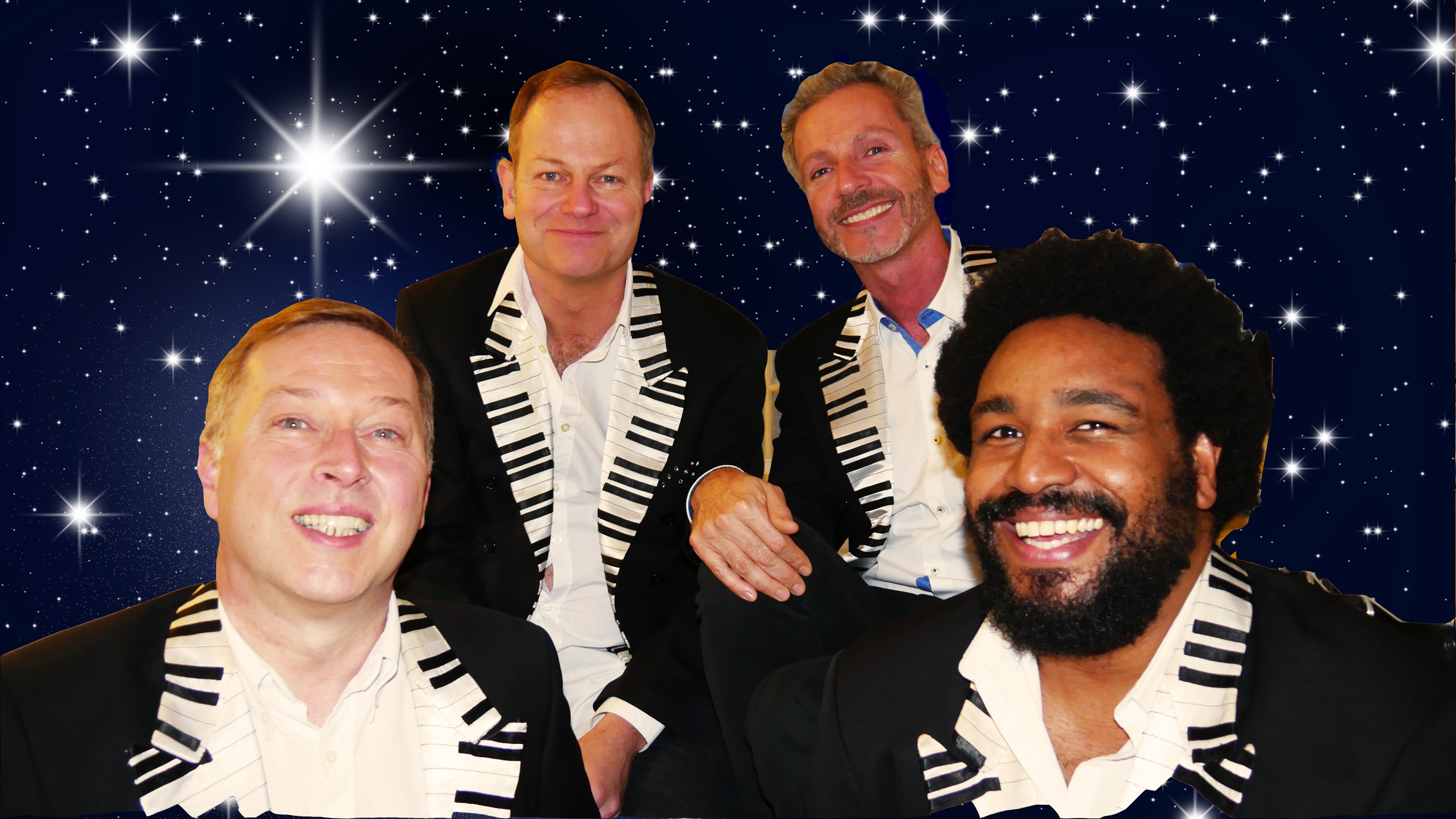 Friday 27th March 8pm “..cabaret at its most sparkling” SUNDAY TIMES 4 Poofs and a Piano became famous as the house band from the BAFTA and comedy award winning Friday Night with

“..cabaret at its most sparkling” SUNDAY TIMES

4 Poofs and a Piano became famous as the house band from the BAFTA and comedy award winning Friday Night with Jonathan Ross on BBC1. Described as more “hairdresser than barbershop” they bring their unique blend of harmony humour and superb vocals to the stage.

For more than 10 years they sang, played and shimmied for an impressive list of A list celebrities including Tom Cruise, Liza Minnelli, Elton John, Priscilla Presley, Joan Rivers and many others. They have sung with Neil Diamond, Benny from Abba and have even been shot by Quentin Tarantino. They enjoyed a frenzied life on the road including with the legendary Joan Collins and enjoyed several appearances at the Glastonbury Festival and were the Edinburgh fringe darlings for many years with a huge fan base including Tim Minchin and Julie Waters.

The band released their own party album, Screaming Party Anthems, in 2006 and knocked Blue of the top spot in 2003 with their own single, Camp Up Your Christmas.

A night with 4 Poofs and a Piano is always memorable from beautiful touching arrangements of standards like Nature Boy to their own outrageous self-penned material, there is something for everyone.

What the celebs say…

“There could be five poofs and two pianos soon” Elton John

“When I saw you guys I knew I was safe. I was home” Robin Williams

“ …I love you guys” Puff Daddy