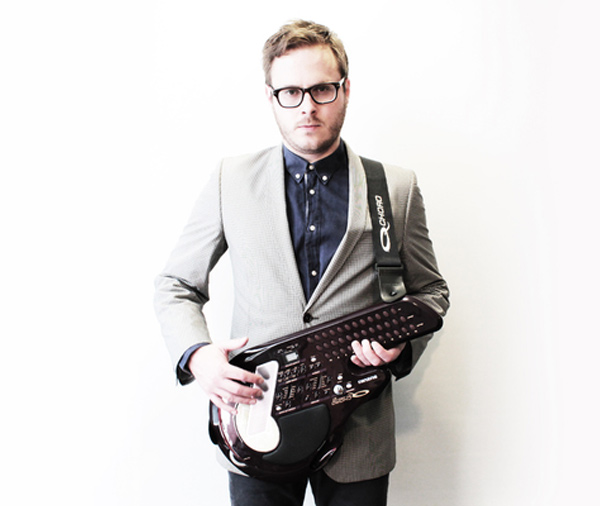 Friday 9th October 8pm Gareth Richards’ hilarious stand-up and “gorgeously low-key comedy songs” (The Guardian) have made him an instant favourite on the comedy circuit. He was a finalist in the

Gareth Richards’ hilarious stand-up and “gorgeously low-key comedy songs” (The Guardian) have made him an instant favourite on the comedy circuit. He was a finalist in the Hackney Empire New Act of the Year 2007 competition, and was runner-up in the Amused Moose Laugh-Off 2007.

On Television Gareth has appeared on Russell Howard’s Good News (BBC3), Live at the Electric (BBC3) and the children’s TV panel show The Dog Ate My Homework (CBBC). He has performed Live on BBC Radio 1, and has recorded stand up sets for BBC Radio 4 and BBC Radio 2. Gareth co-hosted Frank Skinner’s Sony award-winning Absolute Radio show for two years and still regularly fills in. He supported Frank on his 2014 tour.

‘We laughed until we couldn’t catch our breath’ Grazia

‘A personality that will fill a stadium. Mark my words, this girl will not be performing in small venues for much longer’ Sunday Express

This show is part of our Comedy Mash Presents… series, in which we bring you top class professional comedians as seen on TV and heard on Radio. Additional support comes from rising stars of the comedy circuit and your regular MC Tim Powell.

​​Strictly over 18s. Acts subject to availability and may be changed at any time