After a sell-out show in early 2020, headlined by the brilliant Angela Barnes, we are back for another night of hilarity, with four fantastic comics and an MC to brighten

After a sell-out show in early 2020, headlined by the brilliant Angela Barnes, we are back for another night of hilarity, with four fantastic comics and an MC to brighten a cold November evening! 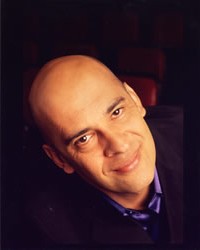 well over a decade Mike has been firmly established as one of the most sought-after and accomplished comedians working on the UK and international circuit. An original talent, distinguished by his trademark laconic and lugubrious dark humour, killer punch lines and masterful delivery.

Mike headlines at all the major clubs in the UK and has performed all across the globe. In 2014 Mike supported Lee Mack on tour which saw him playing to his biggest live audiences to date. On TV, he’s performed on BBC One’s Michael McIntyre’s Comedy Roadshow, and The World Stands-Up and The Comedy Store for Comedy Central. He’s also appeared on Live at Jongleurs for Channel 5 and Al Murray’s sit-com Time Gentlemen Please for Sky1.

“One of the top ten stand up comedians in the country” The Independent
“Mike Gunn will make you die laughing!” The Guardian

Opening Act – Neil McFarlane
Neil is an experienced comic and a regular at the Edinburgh Fringe. He started his comedy career in Scotland 16 years ago, where he remains a regular act at the highly-regarded Stand Comedy Clubs in Glasgow & Edinburgh and now performs in locations across the length and breadth of the British Isles.

MC – Ben Van Der Velde
Ben is a regular host and act for respected British comedy clubs such as The Comedy Store, Komedia, Covent Garden Comedy Club and many more, as well as hosting stages for Bestival, Festival No.6 and End of the Road.  He also has experience of performing at RAF Bases, large corporate events, hosting comedy workshops and doing audience warm-up for Deal Or No Deal.

“An accomplished comic” Time Out

Tadiwa Mahlunge
Tadiwa is one of comedy’s most exciting new acts, already scoring a multitude of awards including winning London and Manchester King Gong in 2018 and 2020, Semifinalist of Amused Moose New Comedian of the Year in 2019 and 2020, winning The Blackout at Up The Creek 2020 and most recently winning Beat The Frog at The Frog and Bucket in February. Tadiwa has recently appeared on BBC 2’s Funny Festival Live.

Vlad Ilich
Winner of Up the Creek’s One to Watch and the Stand Up Club’s New Comic of the Year, Vlad is an up and coming comic, actor and writer, hailing from North Macedonia. He moved to London two years ago and has been making a name for himself on the comedy circuit ever since. His style is both personal and observational, drawing inspiration from his own unique perspectives as a millennial Eastern European living in London. Vlad has appeared on BBC Radio 4 Extra, and BBC Three.