Songs From My Soul

When we love – how much do we give away? A powerful and humorous exploration through spoken word and song.

Part memoir, part personal exploration through spoken word and music, this live theatre performance piece will reach out to audiences and music lovers from all backgrounds.

Aretha left her native Jamaica for the harsh realities of a racist 50s Britain. Bringing up 5 children alone, means life has been a relentless battle for survival. Her daughter, Ginger Bennett, examines the impact of growing up as a second generation West Indian, facing poverty and surviving to become her own woman. Staged as a live theatre performance, the piece will reach out to audiences and music lovers from all backgrounds.

The performance features preloved songs and original music and will examine an underexposed history. This material, delivered  with emotion, and wit, combined with some finely crafted music,  aims not only to entertain, but also to throw out some powerful questions on life for black women in the UK from the 60’s to the present day. 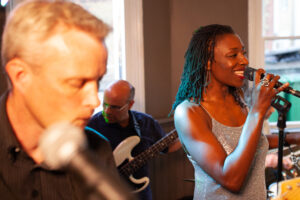 This is Ginger’s acting debut. Originally from Lewisham, South- East London, Ginger has been living and performing as a singer on the Kent Coast since 2003. Following a successful sporting career, she returned to her first passion, music, and is most often seen performing with her six piece funk and soul outfit Project F or guest appearances with the fabulous 9 piece KD Jazz Orchestra. Ginger has performed at the Margate Jazz and Soul Festivals, and is a regular performer at the Canterbury Festival .
She is  known for an intimate style of performance that always involves spirited audience participation and lots of laughs.
“ …It was the perfect thing… You have such a special voice and I love your banter between songs..” Canterbury Festival

has been a regular player with the Bromley Little Theatre since 2014 with notable appearances in King Charles III and Clybourne Park.  Awards include Kent Drama Association Winner – Best Debut.

Maxine is an ex-international athlete having represented England and Great Britain attaining over 40 International Caps, including two World Cup campaigns and appearances for the Nomads.

“Ghost of Christmas Past, wonderfully realised by Maxine Edwards with an authoritative and majestic presence”  Bromley Little Theatre 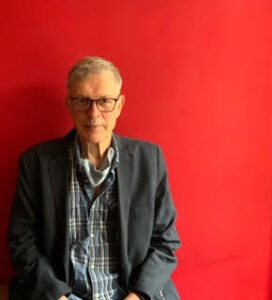 Since first playing professionally in London at the age of 19 (1976 – The Lady or the Tiger” at the Fortune theatre), Martin Elliott has continued to work at the highest levels of the musical world.

He has been a regular member of the Michael Nyman Band (since 1983), playing in major international concert halls, and has performed in Italy with the singers Alice and Franco Battiato.

Martin has recorded a “concerto” for bass guitar by the Spanish composer Jose Maria Rivas and a piece for bass guitar and soprano voice written by Paul Barker and featuring Sarah Leonard, from an opera called “Dirty Tricks”, that was accompanied by solo bass guitar.

ician, composer & writer, Frances began her apprenticeship by playing gigs around London and going on to study at the Guildhall School of Music.

Her projects have been eclectic and diverse, ranging from Jazz and Blues, through to improvised music and Argentinian Tango.  She has worked extensively in theatre, both on the small stage and at the National Theatre. She has her own record label, Mandeville Records, with tracks played on the BBC, Jazz FM and Europe-wide. Mandeville releases have featured clarinet legend Tony Coe and Stevie Winwood sideman Paul Booth. She has also recorded albums with the late Hugh Hopper of Soft Machine.

Frances is a prolific songwriter who has been awarded a European Musicians Federation song- writing prize.